This law took effect January 1, 2001 and was followed by a 5 year market development period where utility rates were capped to allow a competitive electricity market to form before market rates were introduced.Electric Choice in Ohio grew slowly after first being introduced.

In 2006, The Public Utilities Commission of Ohio and other regulators worked with utilities to develop Rate Stabilization Plans (RSP’s).

These RSP’s varied by utility and expired over time.

Regional Transmission Organization (RTO) – An entity that is independent from all generation and power marketing interests and has exclusive responsibility for grid operations, short-term reliability, and transmission service within a region.

On June 1, 2011 the remaining Ohio MISO utilities which included Ohio Edison, The Cleveland Electric Illuminating Company and Toledo Edison made the switch to the PJM.

The PJM electricity grid serves over 51 million people and includes 6185 substations and 59,700 miles of transmission lines.

The PJM coordinates the continuous buying, selling and delivery of wholesale electric in all or parts of 13 states and the District of Columbia.

Over 500 market buyers, sellers and traders of electricity participate in the PJM market.

In 2010, Ohio ranked 5th in the U.S. for energy consumption by the industrial sector. 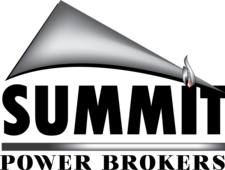